The multi-talented actor John Lithgow knows how to tell a story.  Actually, he recites two short works of fiction in his one-man show, Stories by Heart.   For almost two hours the award-winning thespian of stage, screen and television captivates and entertains the audience with a theatrical delivery of the stories.  Stories and their power are the central theme of the production. 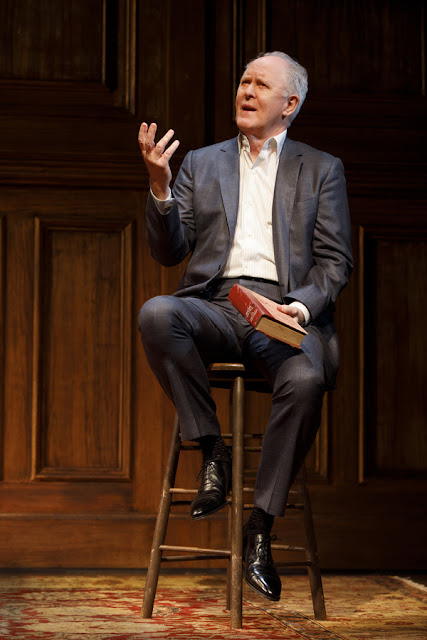 Lithgow starts the show talking about his upbringing and, particularly, how his father inspired him to become an actor through his creation and management of many Shakespearean theater companies and festivals—some successful and some not.  As a pre-teen boy, Lithgow became mesmerized by the dramatics he beheld.  These on-stage productions were supplemented by a nightly ritual of bedtime stories read and performed by their dad.  Each night, Lithgow and his two other siblings would select a passage from a 1,000+ page volume containing dozens of short works that would then be acted out. 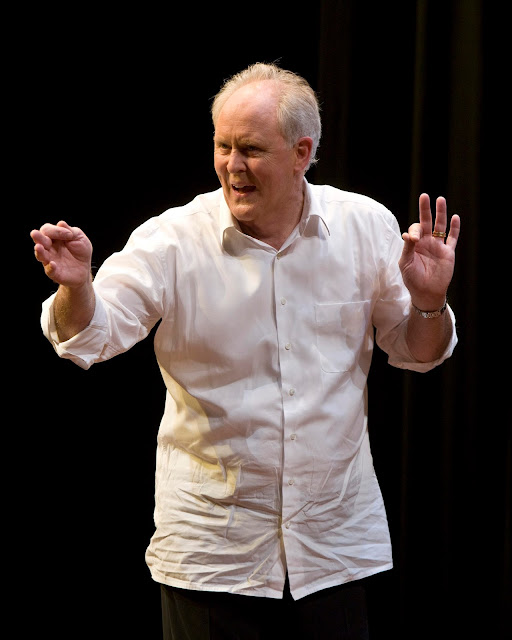 To recreate the wonder he felt as a young lad, the performer brings us “The Haircut,” by Ring Lardner, in Act I.  Act II’s spotlight is PG Wodehouse’s “Uncle Fred Flits By.”  The actor bookends the show by describing his father’s ill-health year’s later and how the ability of a story invigorated and revitalized him.

At its best the show pulsates as when an animated Lithgow portrays multiple, rather eccentric characters from the PG Wodehouse tale.  But the emphasis on the two stories, which account for most of the two-hour production, can come across like a one-trick pony.  If the stories don’t resonate there’s not much else to grab onto. 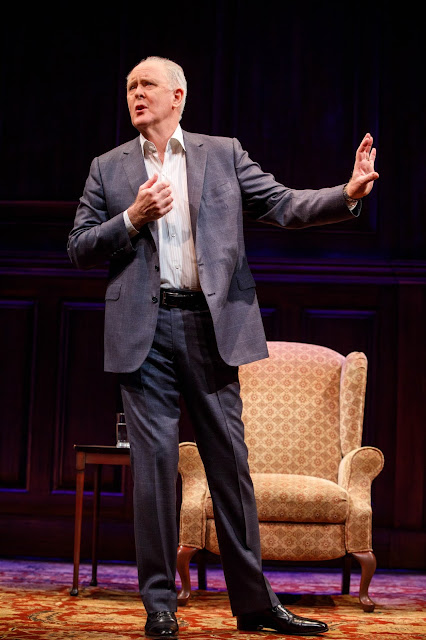 Dan Sullivan demonstrates his prowess as director by deftly guiding the actor through his various portrayals during the pair of recitations.

Stories by Heart, a very personal, mostly entertaining memoir, from one of our finest actors.

Posted by StudentAffairs.com at 6:02 PM