Forty years ago Bruce Springsteen released "Born to Run" and almost overnight became a rock sensation.  When it was announced The Boss was coming to play a gig at Rutgers College in New Brunswick, NJ in the Fall of 1976 I had a hand in this landmark event.

To celebrate Springsteen's sold-out run on Broadway, beginning next week, a remembrance of that day many, many years ago. 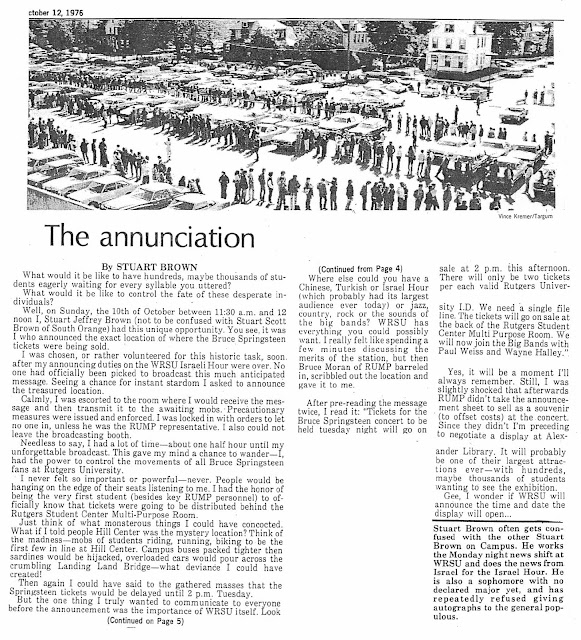 Posted by StudentAffairs.com at 12:50 PM No comments: