Seder, the uneven play that takes place during the Passover holiday meal, is anything but festive.  Simmering mother/daughter relationships explode, past wounds are ripped open, and questions of loyalties are torn asunder. 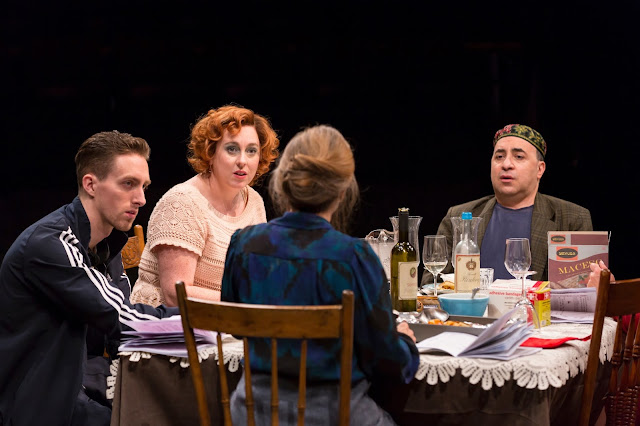 Playwright Sarah Gancher has drawn from the recent phenomenon of younger Jews, in such Eastern European cities as Prague, Krakow and Budapest, discovering their Jewish roots.  Parents and other relations discarded their heritage during and after World War II as a way to stay alive but now, as they have aged, these older adults have divulged their religious identities to their children and grandchildren.

The Seder, at the heart of the show, has been organized by Magrit (Julia Sirna-Frest), the younger daughter of Erzsike (Mia Dillon), to observe her newfound ancestry.  Guests include her brother Laci (Dustin Ingram), older sister Judit (Birgit Huppuch) and an American, David (Steven Rattazzi), leading the meal time service.  What starts out as a hopeful celebration soon devolves into festering animosities, as unanswered question from the past, primarily stemming from the existence of a shadowy building at 60 Anrassy Street, come to light.  Current economic and political realities of Budapest society also bubble over.  Relations from the past—a notorious officer of the Hungarian Secret Police and Erzsike’s sorrowful and misunderstood, now deceased husband—appear in flashbacks and augment the back story behind the household drama. 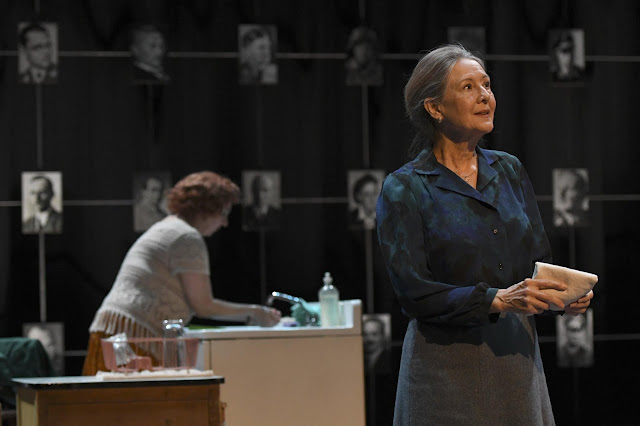 Gancher effectively intertwines the Passover observance—the Jew’s exodus from Egypt—as a metaphor for individuals escaping the unsatisfying and difficult life in this East European capitol.  Weaving this image along with the discovery of Jewish identity makes for a thought-provoking dramatic presentation.  However, the admonishments and accusations that begin to fly across the stage eventually become hard to follow.  They lack a rhythm and flow.  Soon, the indictments and denunciations overwhelm the desired impact of the play.  Some of the characters, most notably Magrit and David, could have been more fleshed out. 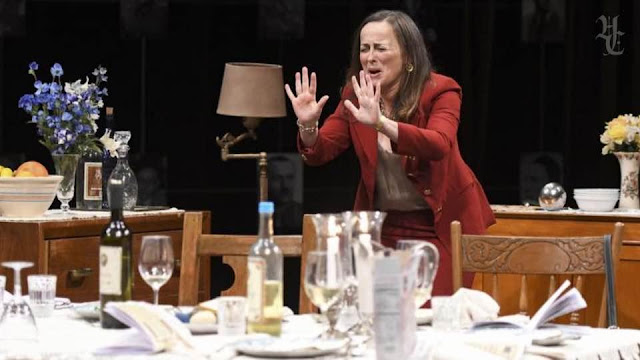 As a whole, the cast does not coalesce into a satisfying whole.  Mia Dillon, as the mother with many repressed and dark secrets, is the most complete and absorbing character.  She delivers a multi-layered performance that is engrossing, pitiful and moving.  We might not always agree with her motives, but we leave the theater with, at least, an understanding of her heart rendering history.  Birgit Huppuch, who plays the well-heeled daughter with an age-old antipathy, comes across as a bit too shrill in her rants and rebukes, which lessens the impact of her portrayal.  Julia Sirna-Frest’s Magrit is meek and sub-serviant, becoming somewhat lost within the famial skirmishes.  Dustin Ingram’s Laci initially comes across as a whining lunkhead but, as the production progresses, he convincingly brings out the seething anger and bitterness felt by Budapest’s younger generation.  Steven Rattazzi’s David, provides the show’s comic relief even though you wonder how he became emeshed with this clan.  As the Hungarian KGB-styled agent, Steven Rattazzi is chillingly low-key and focused on his duties and ambitions.  Liam Craig as Erzsike’s husband Tamas, renders a melancholy portrait of a humble man seeking only love and acceptance.  In just a short time on stage he gives one of the play’s best performances. 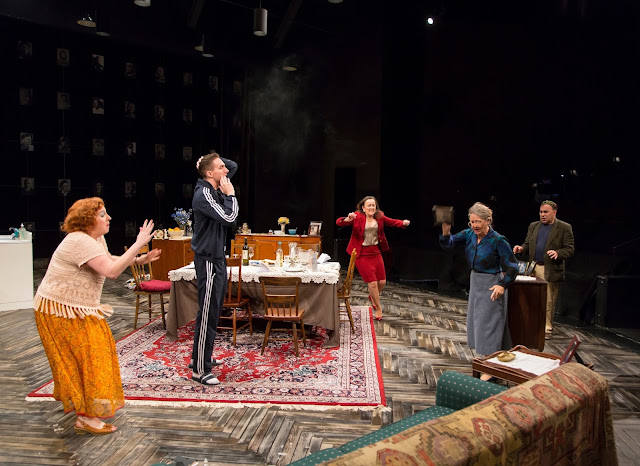 Director Elizabeth Williamson is only partially successful with what is essentially a kitchen drama with interlaced flashbacks.  After a rather lackluster beginning, she skillfully begins to incorporate the present-day tensions with the historical underpinnings of the work.  However, the conflicts between the household members are sometimes too boisterous.  Character motivations and shifting allegiances are occasionally hard to follow.